About Birds-All Hail the Turkey! 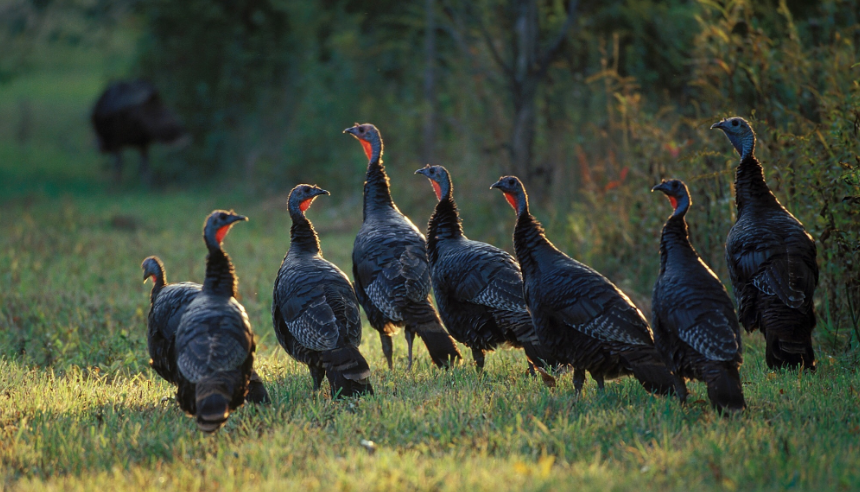 Why did the chicken cross the road? To make way for the turkeys!

Meleagris gallopavo, more commonly known as the wild turkey, has once again become a common sight in New York, and Westchester is home to dozens and dozens of these curious fowl.

The gobblers are right at home in neighborhoods toddling across streets, following their flocks, and pecking about in fields and backyards.

Turkeys were the first domesticated animals in the new world as Native Americans kept flocks of them. When Westchester’s Hamlets were founded in the 1600s, the abundant turkey was a favorite fare of the founding fathers. But as settlers cleared forests to create fields for planting, agricultural use of the land led to the loss of the turkey habitat, causing their numbers to plummet. Their numbers were further reduced as settlers who were keen to introduce these meaty birds to their homelands loaded them onto ships returning to Europe.

By the 1800s, nary a turkey could be found in the New York. Attempts were made to repopulate the species beginning in the 1950s through the early 70s, but these attempts were unsuccessful. 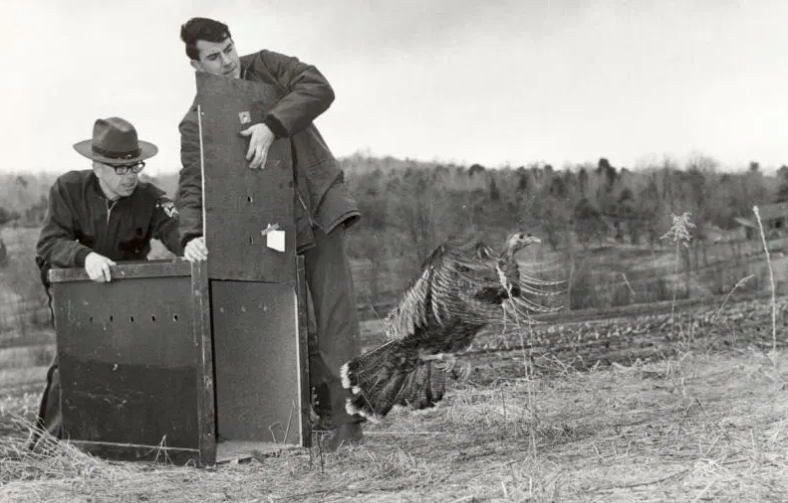 Later efforts of relocating turkeys throughout the state showed more promising results. Wooded areas are a favorite of wild turkeys and efforts to protect them along with support for nature sanctuaries like Bedford Audubon’s Hunt Parker Sanctuary have helped the turkey population to improve over time.

Though they may appear awkward, turkeys are actually quite agile creatures. Quick on their feet, turkeys can run a quick sprint at speeds of 10-20 miles per hour. Flying to treetops at night to roost, they can fly as fast at 55 mph for a short distance. Our local turkeys are omnivorous, eating plants and small animals. They forage for hard nuts like chestnuts and acorns, enjoy a variety of wild berries and roots; they also eat leaves and grasses. Insects are a favorite food of these fowl. They have also been known to consume small frogs, snakes, and reptiles. Essentially, they will eat just about anything in the woods. With their diverse appetites wild turkeys can thrive in small wooded areas, feeding in the early morning and late in the afternoon. 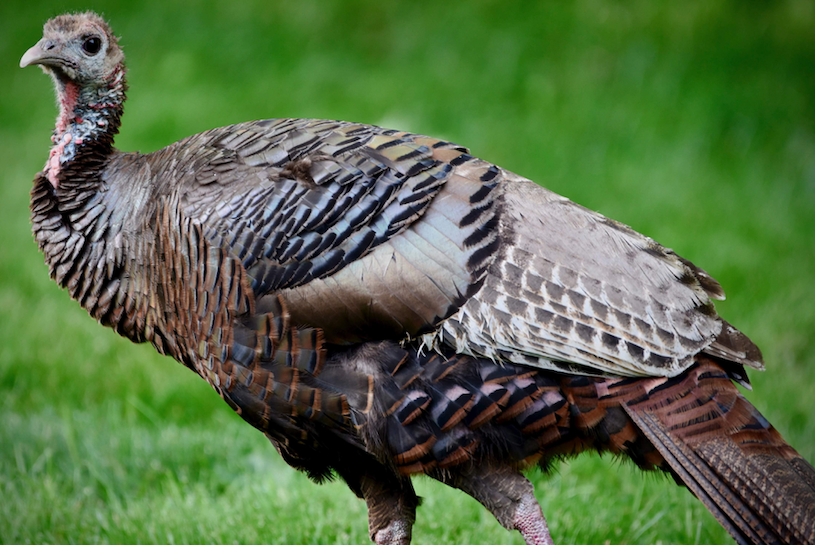 The big tom turkeys (males) can weigh up to 25 pounds; hens (females) generally weigh around half that amount. As breeding begins in March, the toms gobble for attention and put on a dazzling display of their trademark tail feathers in an attempt to impress the hens. Hens can lay as many as fourteen eggs that hatch in about a month. Poults (chicks) will stay alongside their mothers throughout the summer, autumn, and winter before moving on to other flocks. 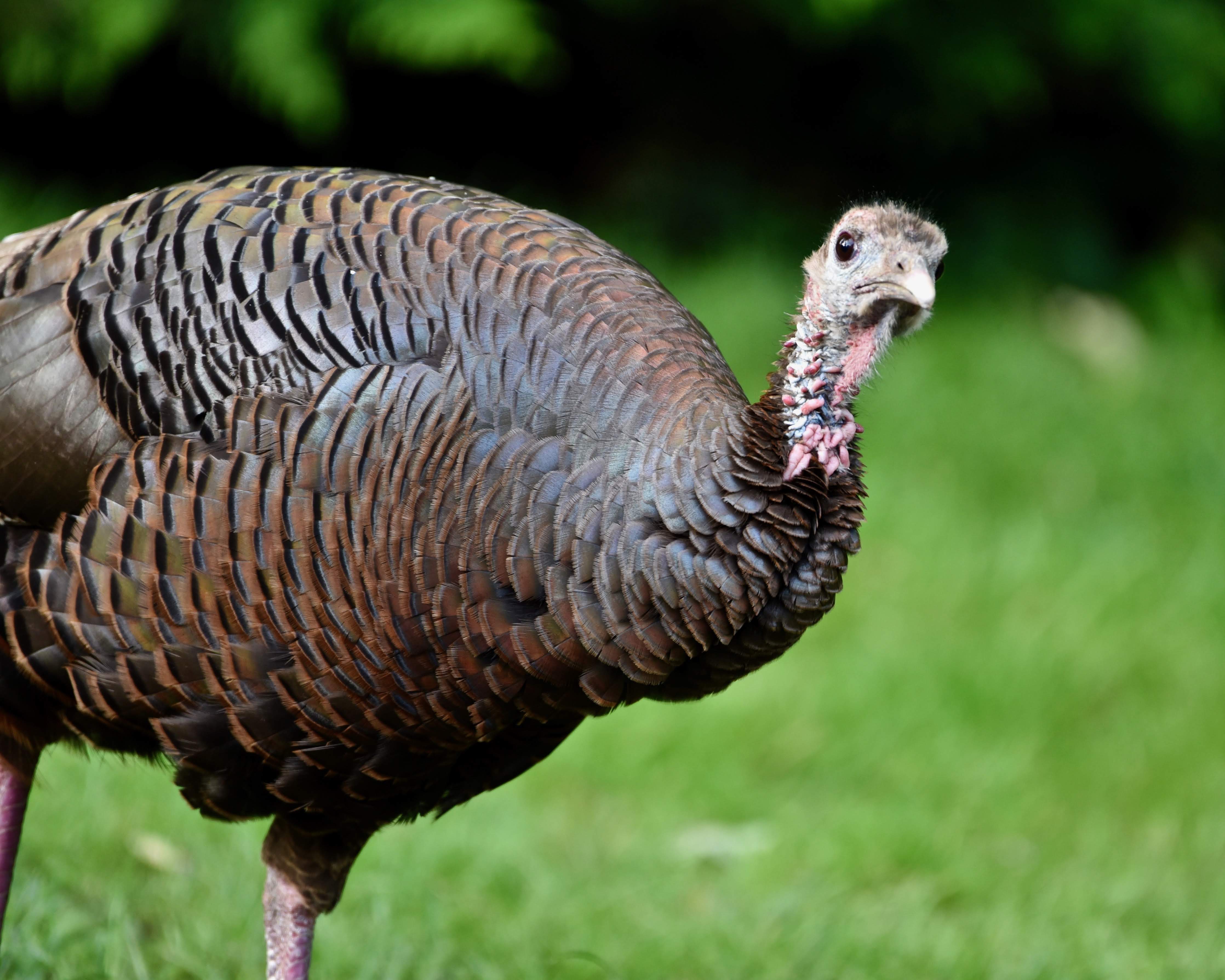 As tame as they may seem, approaching a wild turkey is not recommended. They are sizeable birds with clawed feet around six inches across, and their beaks are strong and quick. Incidents of people-pecking are uncommon, but it is best to err on the side of
caution. Our fellow residents, the wild turkeys don’t seem to mind our presence. Crossing streets, stopping traffic, and spending time in our yards, these fascinating birds make affable neighbors. 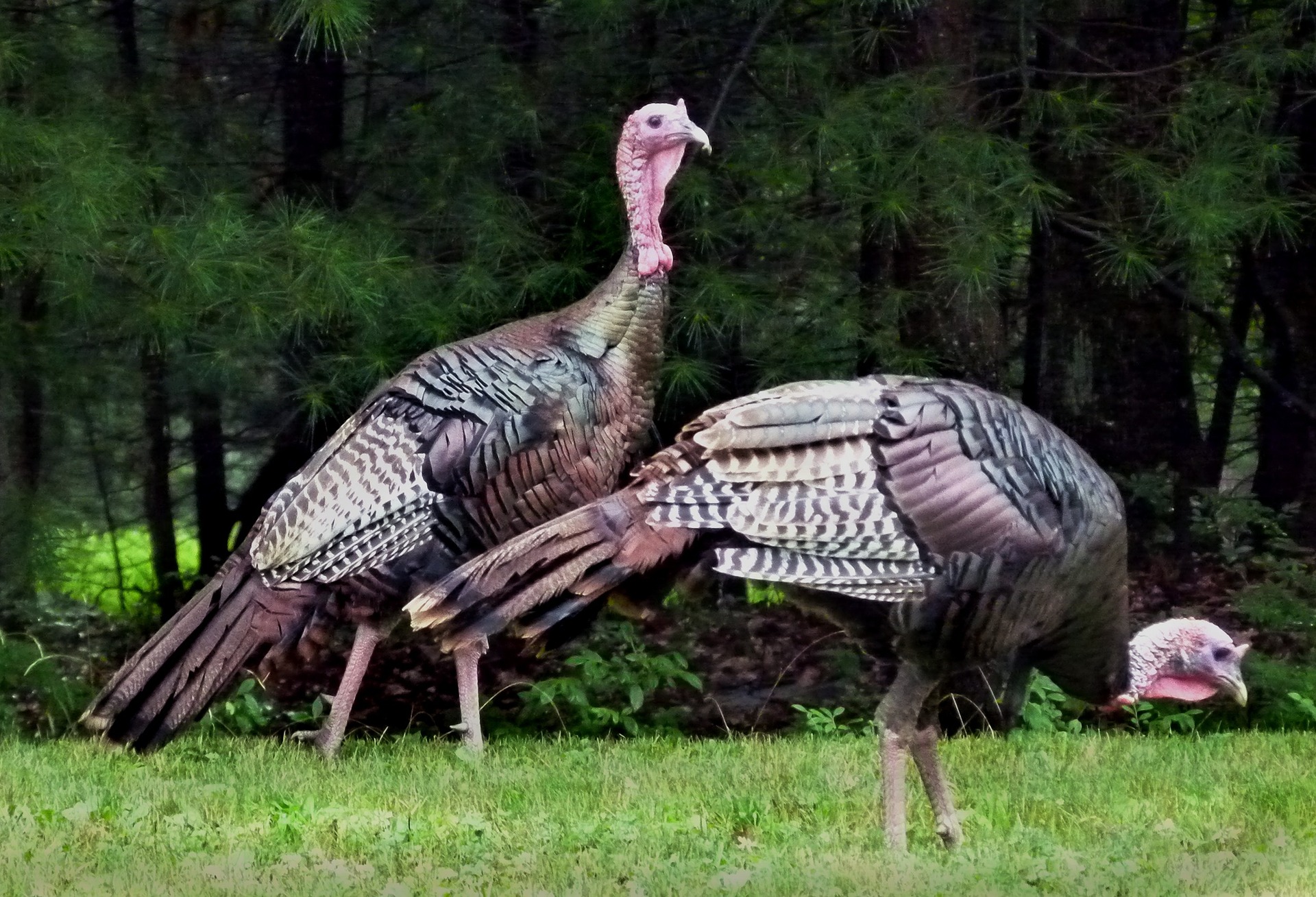 Stay up to date.
Join our newsletter >